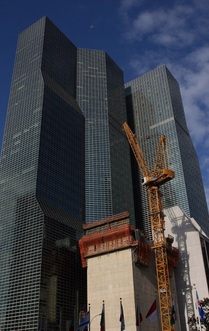 The aircraft were intercepted in separate incidents over central New Jersey by two F-22 fighters at around 11:00 am (15:00 GMT), NORAD said in a statement.

"Both aircraft landed at the Central Jersey Regional airport without incident," the command said.

More than 120 heads of state, prime ministers and ministers are expected this week in New York for the 67th session of the U.N. General Assembly.