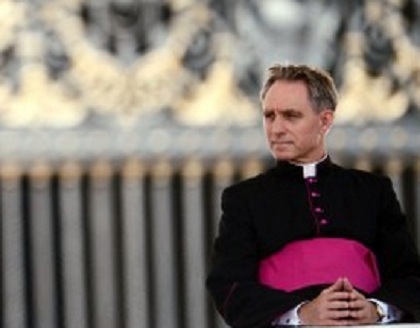 Ganswein, 56, was Gabriele's direct superior and confronted the butler about the leaks early in May after being tipped off by the Vatican police. He has already given investigators evidence about his former charge's conduct.

The first hearing in what is the Vatican's biggest court drama in decades lasted just over two hours and mainly addressed preliminary legal questions, after which the court fixed the next hearing for Tuesday, October 2.

The court also accepted a request for the trial of Claudio Sciarpelletti -- a Vatican computer technician who is accused of abetting Gabriele's crime -- to be conducted separately, though no dates were set.

Gabriele, 46, was in court, looking wan in a pale grey suit and white shirt. He faces four years in prison if found guilty of aggravated theft.