Somali Port Falls, but Shebab's Campaign Far from Over 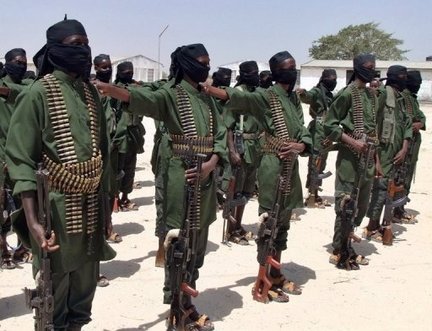 The al-Qaida-linked al-Shebab, regarded by the West as a credible threat to global peace, may have pulled out of their last Somalian stronghold of Kismayo, but the new national government must move quickly to make their defeat more than a minor setback.

Analysts however warn that despite the fact that Shebab have withdrawn from the port city, peace is still elusive in the war-ravaged nation.

For almost one year, Kenyan Army and African Union forces have waged a slow but consistent campaign against the Shebab.

After days of threatening an invasion, the troops launched a beach assault Friday on the southern Somali port city of Kismayo.

A day later, the rebel group's spokesman Ali Mohamoud Rage announced their abandoning of Kismayo, explaining the "tactical retreat" with the need "to prevent civilian casualties" brought by an all-out confrontation.

Analysts agree that the loss of Kismayo was the biggest military and political setback the Shebab have faced since the war against the Islamist organization was launched.

"The fall of Kismayo is a game changer because a key source of revenue for the Shebab has been stifled," Joakim Gundel, a Nairobi-based academic with local think-tank Bridges Analytics told Agence France Presse.

"This represents an end to Shebab as an insurgent group with ambitions for territorial control," he added.

Many believe that Shebab will be hardest hit financially by the fall of the key port city, the latest to have gone into the hands of African Union and Somali forces.

"They rely on the port for financial support, benefiting from the charcoal and sugar trade," Laura Hammond, a senior lecturer at London's School of Oriental and African Studies (SOAS), told AFP.

Gundel said that the fall will take Shebab outside their comfort zone and force them to seek financial support elsewhere.

"They will have to be dependent on external resources... In a world in which regimes supporting groups such as Shebab are falling, this will not be an easy task," he said.

He added that the financial pressures may also cause fault lines among the smaller militias that came together to form the al-Qaida linked group.

The odds may be firmly stacked against them, but it is emerging that Kismayo's fall does not spell the end of Shebab.

"They still control large areas of the countryside in southern Somalia, as well as some secondary towns," said Hammond. "There have been reports of Shebab members fleeing to remote mountainous areas in the contested territory between Somaliland and Puntland.

"I would expect them to lie low for a while, carrying out indiscriminate attacks like those seen in Mogadishu in recent weeks," she added.

The change of tactic by Shebab from open military warfare to guerrilla attacks will not only pose a problem for the forces fighting them, but for the new Somali government too.

Gundel said "Shebab gained a lot of support by playing into the historic rivalries among Somalia's clans... these differences are still strong, and if the new government fails to address them, the Shebab might find a way back." All major clans in Somalia -- such as the Harti, Ogaden, Marehan, Rahanwein and Galjel -- have major interests in the Lower Juba region, whose commercial capital is Kismayo.

"The only way out of this will be for the new government to invite all these clans into the post-Shebab peace process," Gundel said.

Former Kenyan ambassador to Somalia, Mohamed Abdi Affey, agrees that inclusion would be the key to prevent a possible return to violence.

"I am sure the government, together with the Inter Governmental Authority on Development, will put in place an inclusive arrangement because in Somalia, governance can never be left to only one, two or three groups.

"It must be inclusive for sustainable peace to be achieved," said Affey.

Kismayo had long been a target for the allied forces, and its fall has raised questions on the issue of an exit plan for the foreign armies.

"Foreign troops should leave Somalia soon, but if they leave before the Somali military is strong enough to take over, Shebab will jump at the opportunity and try to regain territory," said Hammond.

Before they pull out of Somalia some differences amongst the individual armies might first need to be ironed out.

"Almost all foreign governments involved in the liberation of Somalia have their own interests at heart," Gundel said.