Arab Israeli Accused of Spying on Peres for Hizbullah 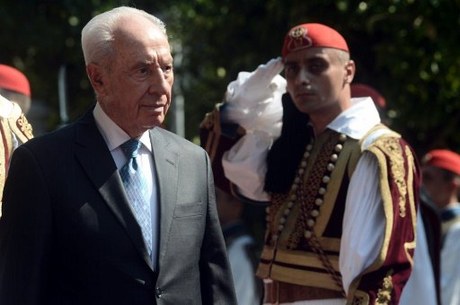 An Israeli court on Thursday charged an Arab Israeli with gathering information for Hizbullah, including details of security arrangements for President Shimon Peres, the Shin Bet security agency said.

In a statement, Israel's domestic security service said Milad Mohammed Khatib, from the Arab village of Majdal Krum in northern Israel, was charged with "espionage, contact with an enemy agent, aiding the enemy in time of war and conspiracy to aid the enemy."

It said Khatib confessed during interrogation that he was recruited in 2009 by Burhan Khatib, a Lebanese national living in Denmark, who told him to gather information on the location of Israeli army bases, weapons stores and defense manufacturing plants, and details of the routines of those working there.

It did not say if the two men were related.

"In addition he was asked to provide information on politicians and other public figures, with an emphasis on their security arrangements, details of their vehicles and other data," the Shin Bet said.

"In one instance, Milad Khatib gathered information on the security arrangements for President Simon Peres while he was on a visit to Majdal Krum in August and intended to pass this information to his handler," it said.

The statement said the suspect was arrested in early September, before he could pass on the information about Peres.

Israel's 1.3 million Arab citizens, who make up 20 percent of the population, are Palestinians who remained in the country following the creation of the Jewish state in 1948, along with their descendants.

Kill all that works with/for the filthy Persian militia

They all spy on each other. It is a spy war for now until the next real war breaks out.