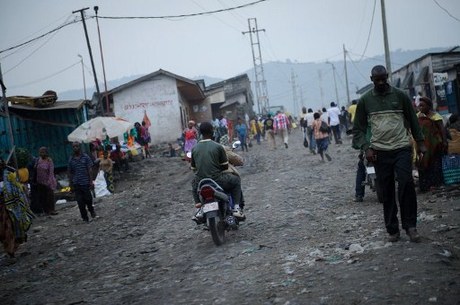 Regional leaders meeting to end the chronic violence in the east of the Democratic Republic of Congo failed to find a breakthrough, with Rwanda saying only that "steady progress" had been made.

"The summit concluded with acknowledgment of steady progress, cooperation of members and a renewed commitment to pursuit of sustainable peace," according to a Rwandan government statement late Monday.

Eastern DR Congo has been hit hard by a rebellion by army defectors who have formed a group called the M23, whose members are former fighters in an ethnic Tutsi rebel movement integrated into the military under a 2009 peace deal.

Bosco Ntaganda, wanted by the International Criminal Court (ICC) on war crimes charges, is accused of leading the M23.

A UN report in June accused Rwanda of backing the rebels, causing a surge in tensions with neighboring DR Congo. Kigali denies the charge and has been in talks with Kinshasa to set up a neutral force to tackle the unrest.

Rwanda for its part accuses Kinshasa of renewing cooperation with Rwandan rebels based in eastern DRC.

The summit, held by the 11-member International Conference on the Great Lakes Region (ICGLR), was to consider recommendations, drawn up at earlier meetings but to set up an "international neutral force" to intervene in the area.

But, like earlier meetings, it failed to make headway, with Museveni tasked with "continuing dialogue with belligerents as well as ensuring support from all member states for the implementation of a neutral force," Kigali added.

The summit was the fourth in three months organized by the ICGLR.