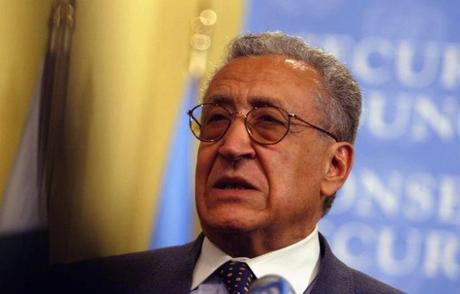 The U.N.-Arab League envoy to Syria, Lakhdar Brahimi, has arrived in Saudi Arabia at the start of his second regional tour, the United Nations said Wednesday.

Brahimi had first gone to the Middle East in mid-September, visiting Damascus, where he met with Syrian President Bashar Assad -- but earned no promises of concessions from him.

The envoy "has arrived in Jeddah on the first stop of his second regional tour," his spokesman Ahmed Fawzi said in a statement, adding that Brahimi would have "wide-ranging talks on the prolonged crisis in Syria."

In an interview with AFP on Tuesday, U.N. Secretary General Ban Ki-moon said Brahimi would soon return to Damascus to try again to meet with Assad.

Ban suggested Brahimi could go to the Syrian capital next week if his meetings in the region this week were productive.