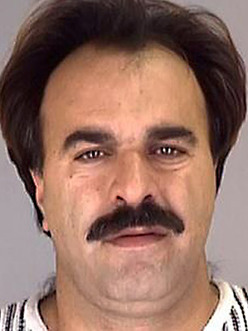 Iran's foreign ministry on Saturday rejected a guilty plea by an Iranian-American man that he conspired with Iranian officials to kill the Saudi ambassador in Washington.

Manssor Arbabsiar pleaded guilty on Wednesday at the New York federal court to attempting to hire a Mexican drug gang for $1.5 million to blow up the Saudi envoy in a restaurant he frequented in Washington.

But Iran's foreign ministry questioned the plea and rejected the notion that "any Iranian organization" had any role in the plot.

"Pleading guilty after initial denial and a year (in custody) is a sign of psychological pressure and the abnormal situation of U.S. jails and solitary confinement there," its spokesman Ramin Mehmanparast said in a statement reported by the state broadcaster's website.

"This ridiculous scenario was designed by American officials a year ago while the man arrested denied all charges. Some (non-American) officials and political pundits have said it is unreal and likened it to a Hollywood scenario," he said.

Mehmanparast also condemned what he called "the misuse of the judicial system and designing absurd and baseless plots in the current political state in the U.S.," without elaborating.

The claim that Iranian officials were involved in the plot was made in October last year, and the United States said it traced the supposed plan to the Quds Force, a special operations unit of Iran's Revolutionary Guards.

Arbabsiar, a former car salesman, was arrested in September last year at New York's John F. Kennedy International Airport, and was charged along with co-defendant Gholam Shakuri, a senior Quds Force member who remains at large.

In a largely symbolic vote last November, the U.N. General Assembly demanded that Iran cooperate with the U.S. investigation into the plot.