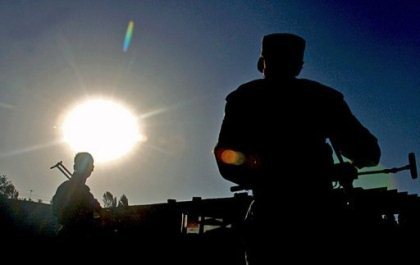 Eight civilians including seven women were killed in an insurgent roadside bombing in the southern Afghan province of Helmand on Wednesday, the interior ministry said.

Two others, a woman and a man, were wounded in the attack in Musa Qala district, the ministry said in a statement, blaming the Taliban.

"Eight of our civilian compatriots, seven women and a man, were killed today when their vehicle hit a roadside bomb planted by the Taliban terrorists," the statement said.

Roadside bombs, also known as improvised explosive devices (IEDs), are the deadliest insurgent weapon in Afghanistan both for the military fighting the Taliban and civilians.

The crude devices, often built on old ammunition, are planted by the side of roads to target NATO and Afghan troops battling the Taliban insurgency aimed at bringing down Kabul's Western-backed government, but they also kill civilians traveling on the same roads.

The United Nations says 1,145 civilians were killed in the Afghan war in the first six months of this year, blaming 80 percent of the deaths on insurgents, with more than half caused by roadside bombs.

On October 19 a bomb ripped through a minibus carrying guests to a wedding in the northern province of Balkh, killing 19 people.

Why this mass killing became now culture of people of many Afrisian countries specially in middle East ,central Asia and south Asia ? When they were living with out light of democracy , modern civilization and there were no GLOBAL VILLAGEs; blessings . WHO WILL SAY the truth nothing except truth suggest ways and means to create peaceful world of love affection and free from terror , anxiety, and phobias. jamil Alvi pakistan