William and Kate to become Duke and Duchess of Cambridge 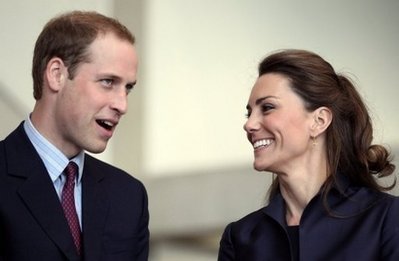 Prince William was made the Duke of Cambridge on his wedding day Friday by Queen Elizabeth II, and Kate Middleton will become the Duchess of Cambridge once they are married, Buckingham Palace said.

"The queen has today been pleased to confer a dukedom on Prince William of Wales. His titles will be Duke of Cambridge, Earl of Strathearn and Baron Carrickfergus," the palace said.

A spokesman for William at Clarence House said he was "honored".

It is traditional for royal grooms to receive at least one title on their wedding day, and their brides take them on by default.

As well as being a duchess, Kate will also technically be Princess William of Wales, adopting her husband's first name. She will not officially be Princess Catherine because she was not born a princess in her own right.