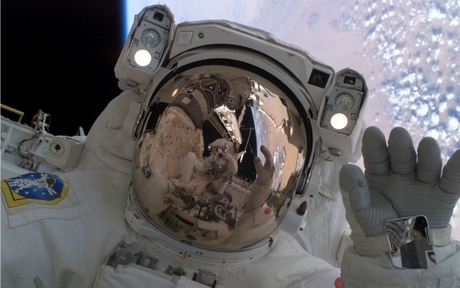 International Space Station astronauts sent greetings from the cosmos to Prince William and Kate Middleton after soaring over Britain on the eve of the royal wedding Friday.

In a message read by Paolo Nespoli, Ron Garan and Cady Coleman, the astronauts said they would be joining the estimated two billion earth-bound viewers of the royal nuptials, a third of the planet's population.

"From Space, the Expedition 27 crew of the International Space Station would like to offer their congratulations and best wishes. We'll be watching and waiting," they said in a video statement at www.nasa.gov.

Later on Friday NASA was to launch the shuttle Endeavor's final mission to the space station.

A NASA administrator said last week the agency was unaware that the mission would clash with the royal wedding when the launch was first scheduled.

He added that NASA considers multiple technical, weather and international space agency constraints whenever it sets a launch time.

Endeavor will be the second-to-last flight of the 30-year-old U.S. shuttle program before it closes for good later this year following the final launch by Atlantis in June.