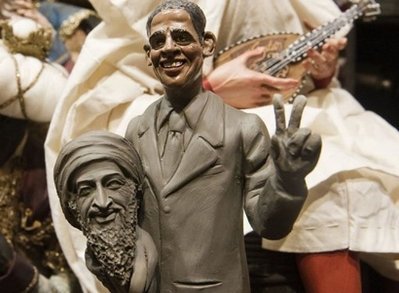 The statuette was fashioned by artisans who usually make religious figures for the elaborate Christmas Nativity scenes typical of the city of Naples and who have branched out in recent years into pursuing more contemporary themes.

Naples artisans have a reputation for their quick reaction to news events.

When Italian Prime Minister Silvio Berlusconi was struck in December 2009, statues with his bloodied face appeared on sale within hours.