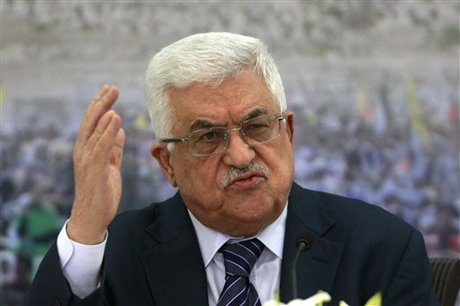 "I call on the Palestinian people to intensify their peaceful demonstrations in the streets against the Israeli aggression in Gaza," he said at a meeting with the Palestinian leadership.

Abbas, whose Palestinian Authority rules the West Bank but not the Gaza Strip which was taken over by Hamas in 2007, also called for an urgent meeting of the Palestine Liberation Operation (PLO), Hamas and Islamic Jihad leaders.

"The aggression is aimed at all of the Palestinian people," he said in a televised speech on Friday. "Not only at Hamas or the Islamic Jihad."

Thousands of Palestinians demonstrated in the West Bank on Friday against "Israeli aggression against Gaza," many of them expressing support for rocket attacks from the strip against Israel and encouraging Hamas' military wing to "hit Tel Aviv."