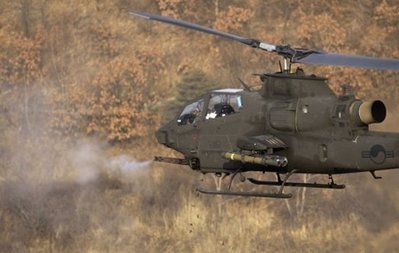 South Korea is spending millions of dollars to fortify shelters on five frontline islands near its tense sea border with North Korea in case of any future attacks, an official said Monday.

The move follows an artillery and rocket barrage by the North last November against Yeongpyeong Island, which killed two marines and two civilians. The South has sent more troops and weaponry to the islands since the attack.

"We are strengthening military shelters in the northwestern border islands to guard against coastal artillery attacks from the North," a defense ministry spokesman told Agence France Presse without elaborating.

Yonhap news agency said the military had started rebuilding about 100 shelters on the five islands.

The new corrugated steel structures would produce fewer fragments when hit than existing concrete shelters; it quoted a defense ministry official as saying.

"Construction will cost about 5 to 10 billion won ($9.2 million) and will be completed by the end of June," said the official, adding that the ministry planned to rebuild other military installations with the same material.

The disputed Yellow Sea border has been a flashpoint for over a decade and was the scene of deadly naval clashes in 1999, 2002 and November 2009.

Seoul also accused Pyongyang of torpedoing a warship near the border in March 2010 and killing 46 sailors, a charge denied by the North.