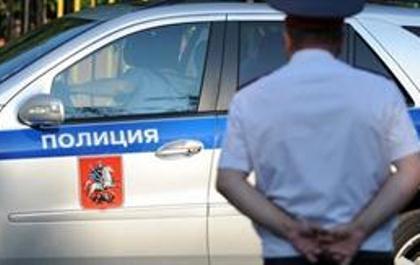 Around 200 Indonesians from the Islamist group Hizb ut-Tahrir rallied Thursday outside Russia's embassy, demanding the release of six of its leaders and accusing Moscow of planting weapons to smear them.

Women in black robes and white headscarves, men and children held portraits of Russian President Vladimir Putin above the words "The real terrorist".

Police in Moscow said on November 12 they had arrested six leaders and active members of Hizb ut-Tahrir (Party of Liberation) after finding they were "leading active recruitment work in Moscow mosques, and spreading extremist literature".

Hizb ut-Tahrir has been outlawed as a terrorist organisation in Russia and several other countries but remains legal in Indonesia.

"We are calling for the release of detained Hibz ut-Tahrir members in Russia and for the revocation of Russia's vicious accusations," Hizb ut-Tahrir Indonesia said in a statement.

Police in Moscow said they had confiscated grenades, weapons, ammunition and "extremist" literature in raids on the members' homes.

"This is a vicious fabrication by Russian agencies who planted materials in the homes of Hizb ut-Tahrir members," the statement said.

"Our pursuit is to return to the Islamic way of life under a caliphate, so we have no need for weapons and ammunition."

Hizb ut-Tahrir, headquartered in Britain, has its biggest branch in the world in Indonesia, which has the world's biggest Muslim population. It considers itself a political organisation and rejects violence, according to its website.

The group regularly organizes non-religious demonstrations and is believed to be one of the most powerful hardline groups in Indonesia, with hundreds of thousands of members.