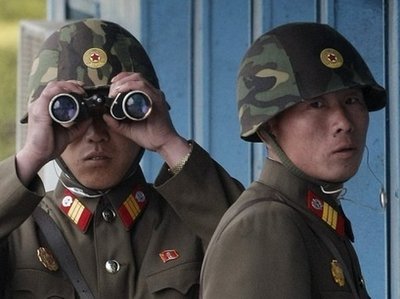 North Korean leader Kim Jong-Un has replaced his defense chief with a hawkish general in a shakeup apparently aimed at tightening his grip over the military, a report said Thursday.

He was replaced by Kim Kyok-Sik, a hawkish general believed to have orchestrated the North's sinking of a South Korean warship and an artillery attack on a border island in 2010, it said.

Analysts said the re-shuffle, if confirmed, was the latest in a series of top-level personnel changes ordered by Kim Jong-Un since taking over after the death of his father, Kim Jong-Il, a year ago.

"Kim has tightened his grip over the military by replacing top military generals with those loyal to him," Yang Moo-Jin, a professor of the University of North Korean Studies, told Agence France Presse.

In July, Hyon Yong-Chol, a little-known general, became chief of the general staff, a powerful post that controls the North's 1.2-million-strong military.

He replaced Ri Yong-Ho, who had been regarded as one of Kim's inner circle but was relieved of all his posts -- officially because of "illness.”

Ri was a highly visible figure who helped support Kim following the death of his father, and his sudden departure sparked speculation that he might have been purged.