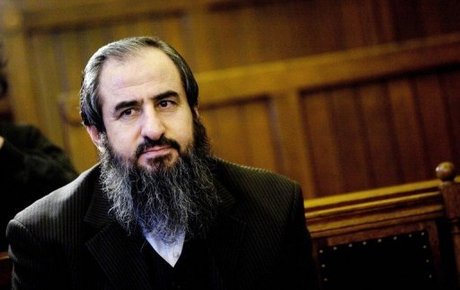 A Norway appeals court on Thursday overturned a terrorism conviction against Mullah Krekar, the Iraqi founder of a radical Iraqi Kurdish Islamist group, but jailed him on other charges.

The Oslo appeals court found the mullah, who founded the Ansar al-Islam group and has lived in Norway since 1991, not guilty of "inciting terrorism" but sentenced him to two years and 10 months in prison for issuing threats and intimidating witnesses.

A lower court had sentenced Krekar, whose real name is Najmeddine Faraj Ahmad, to a total of six years in prison in two separate trials for having made threats and calling for the murder of, among others, a former government minister who signed an order expelling him from Norway in 2003.

The appeal judges upheld only the convictions covering witness harassment in Krekar's first trial and threats he issued to Kurds whom he accused of desecrating or burning pages of the Koran.

The prosecution had called for a seven-year prison sentence.

Krekar is, like his organization, on terrorist lists drawn up by the United Nations and the United States. While he acknowledges having co-founded Ansar al-Islam, he insists he has not led the group since 2002.

He has avoided deportation since his expulsion order was signed nine years ago because Norwegian law prevents him from being deported to Iraq until his safety can be guaranteed and as long as he risks the death penalty there.