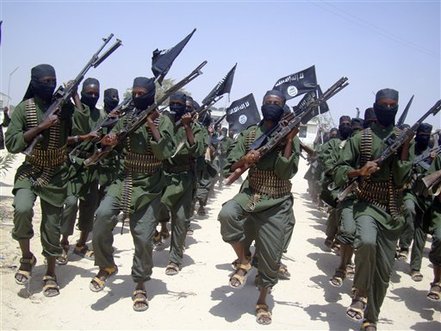 A car bomb in the Somali capital killed three people and wounded several others in the latest attack in war-ravaged Mogadishu, police said Friday.

"The car exploded while the driver was moving in it... three people were killed," said police officer Aden Mohammed, adding it was not clear if the driver had been targeted. "We are still investigating the blast."

No group immediately claimed responsibility for the explosion, but the al-Qaida linked Shebab insurgents have conducted a series of guerrilla style attacks in the capital since pulling out of fixed positions there last year.

The insurgents have vowed to topple President Hassan Sheikh Mohamoud, who took office in September after being chosen by the country's new parliament, bringing an end to eight years of transitional rule.

An offensive led by the 17,00-strong African Union force alongside Somali forces has stripped the Shebab of most of the towns they held.

But the Shebab remain a potent threat, still controlling rural areas as well as carrying out guerrilla attacks -- including suicide bombings -- in areas apparently under government control.

Some of the fighters have reportedly relocated to the Galgala region of the northern Golis mountains in Somalia's semi-autonomous Puntland region.

The Golis mountains, straddling the porous border between the autonomous state of Puntland and self-declared independent Somaliland, are honeycombed with caves and difficult to access.