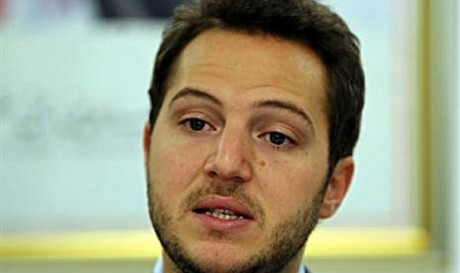 The son-in-law of Tunisia's deposed former dictator Zine El Abidine Ben Ali has been arrested in the Seychelles, the Tunisian authorities announced on Friday.

Sakhr El Materi, who was convicted in absentia for corruption by a Tunisian court, fled to Qatar after the mass uprising that toppled his father-in-law in January 2011, but the Gulf emirate agreed to expel him in September this year.

Fadhel Saihi, an adviser to the Tunisian justice minister, told Mosaique FM that Materi was arrested as he tried to enter the Seychelles with an expired diplomatic passport, and that he was being interrogated by police there.

Justice Minister Noureddine Bhiri said Tunis was doing everything it could to get him extradited.

"Sakhr El Materi went to the Seychelles after leaving Qatar. The Seychelles authorities opened an inquiry, because he was the subject of an international arrest warrant and because his passport had expired," Bhiri said.

"The Tunisian authorities will do everything they can to get Sakhr El Materi extradited," he added, speaking at a seminar on recovering the assets of the ex-president's family.

Said to be Ben Ali's favorite son-in-law and long seen as a possible successor before the revolution, Materi was sentenced last year to 16 years in prison and fined 97 million dinars ($61 million) for corruption and property fraud.