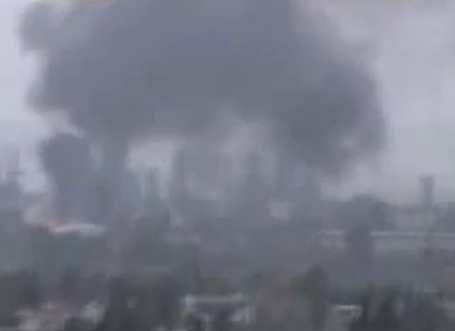 A Syrian merchant in his 40s shot dead his Russian wife in the embattled northern city of Aleppo because she supported President Bashar Assad's regime, the killer's cousin told AFP on Wednesday.

Clothes shop owner Mohammed on Tuesday evening used a pistol to shoot his wife dead after an argument in their home in the rebel-held district of Maysar in southwestern Aleppo, said Ahmed, a 30-year-old government employee.

"The argument broke out when he criticized Assad, while she defended him," said Ahmed. "The fight escalated and he shot her."

Mohammed then went outside and told onlookers that his wife, whom he had met in Russia during a business trip and married four years ago, "would not stop her provocation by expressing support for Bashar, and that he could not take her attitude any longer," said Ahmed.

There is no police presence in Maysar. The rebels did not arrest the man.

On July 20, the mainstream rebel Free Syrian Army launched an assault on half of Aleppo, traditionally Syria's commercial hub. Battle lines divide much of the city today into pro- and anti-regime districts.

He should be tried and hanged for what he has done

Like HA banning liquor stores and anyone who disagrees with them is freedom? Please...

Not to make light of the situation but Russian women make great girl-friends, but, as a wife? I heard horror stories.

They get killed you mean.

Ouch thats another form of democracy, what a fruit cake to shoot his own wife over a debate like that?! I guess love was at a different level between them.

he just wanted a cheap divorce....