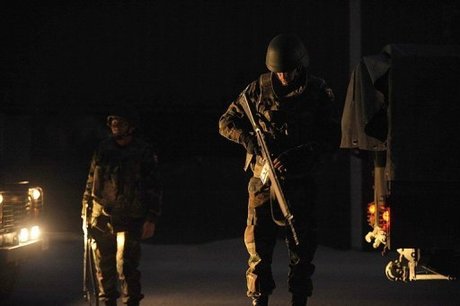 The vehicle was blown up in the city of Zaranj, the capital of Nimroz province, said acting provincial police chief Mohammad Rahim Chakhansori.

Provincial governor Sarwar Sobat confirmed the death toll to AFP, saying a policewoman was wounded in the attack.

Afghan forces are often the victims of attacks by Taliban insurgents as they increasingly take control of security before the withdrawal of NATO troops from the country by 2014.

Roadside bombs are the weapon of choice for the hardline Islamists.