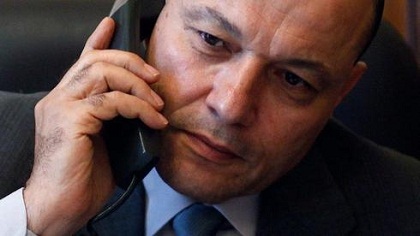 Egypt's chief public prosecutor on Thursday retracted his resignation, days after offering to step down following protests by prosecutors and judges against his appointment by President Mohammed Morsi.

Talaat Ibrahim Abdallah, who offered his resignation earlier this week, asked to be allowed to remain on in his position, the official MENA news agency reported.

The justice minister is considering his request.

Morsi appointed Abdallah last month in one of number of decisions that sidelined judges, sparking a judicial strike and mass rallies by the Islamist president's opponents.

One of those decisions was to sack previous prosecutor general Abdel Meguid Mahmud. It followed criticisms the previous month by the president's supporters over Mahmud's failure to secure convictions of more members of the ousted regime of Hosni Mubarak.

Morsi appointed Abdallah to replace Mahmud, who issued a brief statement on state television pledging to "work day and night to achieve the goals of the revolution."

Morsi's actions triggered a nationwide outcry, with opposition forces calling it a "coup" and the judges saying it was a direct attack on the independence of the judiciary.

Under pressure, the president on December 8 revoked the decree granting him sweeping powers but kept Abdallah on as his new prosecutor general.