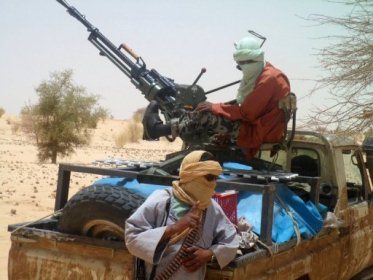 The U.N. Security Council on Thursday unanimously approved sending an African-led intervention force to help Mali's army reconquer much of the country from Islamist militants.

The 15-member council gave the force an initial one year mandate to use "all necessary measures" to help the Mali government take back the northern half of the country from "terrorist, extremist and armed groups."

West African nations say they have 3,300 troops ready to go to Mali to help rebuild the country's army and support a military operation which planners say cannot be launched before September of next year.

Tuareg rebels and other separatists and al-Qaida linked militant groups took advantage of a coup in Mali in March to seize control of a vast chunk of territory where the Islamists have since imposed a brutal form of Islamic law.

France drew up the resolution after weeks of talks with the United States, which expressed doubts the troops from the Economic Community of West African States (ECOWAS) would be ready for a desert battle against the militants.

In parallel to political efforts to draw the Tuareg rebels into a coalition against the extremist groups, European nations and the international force, to be known as the African-led International Support Mission in Mali (AFISMA), will first train Mali's army.

The resolution sets down benchmarks for political progress and military preparations that will have to be met before a final onslaught against al-Qaida in the Islamic Maghreb and its allies is approved.

The resolution emphasized that "military planning will need to be further refined before the commencement of the offensive operation."

It said that U.N. Secretary General Ban Ki-moon, ECOWAS, the African Union and other states involved will have to secure "the council's satisfaction with the planned military offensive operation."