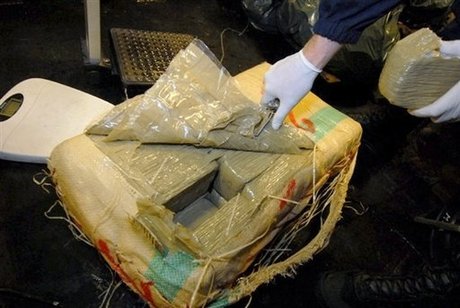 Spanish police on Wednesday said it had busted a major drug trafficking ring, seizing more than 11 tonnes of hashish destined for Europe and arresting 35 people.

"The dismantled organisation controlled the entire chain of trafficking, from production to packing, as well as transport to Spain, storage, and distribution throughout Europe, especially in France, Belgium, England and the Netherlands," police said in a statement.

The ring's main warehouses was located in the central Spanish region of Toledo, where police seized 8.5 tonnes of the drug, out of a total of "more than 11 tonnes" confiscated in all, it said.