France to Take in Afghans Who Worked alongside Its Troops 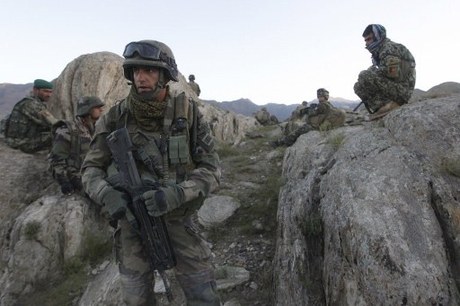 Paris will take in a "few dozen" Afghans who have worked alongside French troops in the war-ravaged country for 11 years and whose security is at risk at home, the defense ministry said Wednesday.

The ministry did not give exact numbers but said the bulk comprised people who had worked as translators on the ground.

On December 15, France flew its last combat troops out of Afghanistan, two years before allied nations in the 100,000-strong NATO mission led by the United States are due to recall their fighting forces.

At the height of its involvement, France had 4,000 soldiers in Afghanistan as the fifth largest military contingent in the International Security Assistance Force (ISAF), behind the United States, Britain, Germany and Italy.

The French newspaper Le Monde reported 170 Afghans would be "allowed to enter French territory from January to start a new life."

It said the criteria for choosing them would be two-fold -- whether they faced a security threat after the pullout of NATO-led foreign troops and their ability to integrate into mainstream French society.