Taliban Vow War if U.S. Stay in Afghanistan after 2014 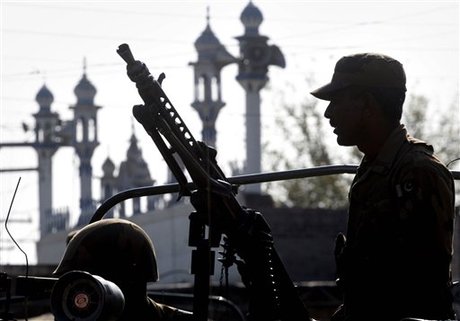 The Taliban on Saturday warned of a prolonged war in Afghanistan if any foreign troops stay after the end of 2014, as Kabul and Washington prepare to discuss the "residual" U.S. security presence.

President Barack Obama and President Hamid Karzai will hold talks in the U.S. next week on a long-term security pact between the two countries, with U.S. troops remaining in Afghanistan at the top of the agenda.

"If America wants to leave a small or large number of its troops for whatever length of time then it means war and destruction will continue in the region for that same length," the Taliban said in a statement.

"If Karzai and the Kabul regime agree with the presence of even a single American soldier then, just as presently, they shall also be responsible for all future hostilities, casualties and destruction."

The latest media reports suggest the U.S. Department of Defense has prepared plans that leave either 3,000, 6,000 or 9,000 troops in the country, focused on striking at al-Qaida militants.

U.S. Defense Secretary Leon Panetta has said the slimmed-down force would focus on preventing al-Qaida, which was sheltered by the 1996-2001 Taliban government, from regaining a foothold in the war-shattered nation.

Troops would also continue training the Afghan army and police, who will be responsible for national security more than a decade after a U.S.-led alliance ousted the Taliban regime.

General John Allen, commander of U.S. and NATO forces, had earlier suggested leaving up to 15,000 troops, and the new forecasts would mean scrapping a plan for diplomatic posts across Afghanistan, the Wall Street Journal said.

Fewer soldiers would also heighten U.S. reliance on drones to monitor and target militants after most manned aircraft and their pilots pull out, the paper added.

The NATO coalition, which has been fighting an insurgency by Taliban Islamists since 2001, reduced troop numbers by about 30,000 in 2012 and is due to end its mission by the end of 2014.

The 100,000 international forces still in Afghanistan are mentoring the army and police to gradually take over all security duties, while the Afghan government has appointed negotiators to open peace talks with the Taliban.