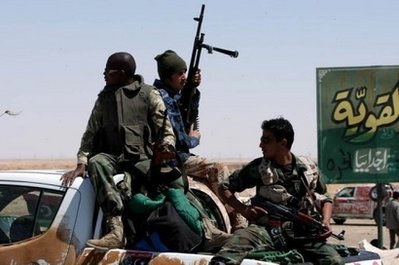 A Moammar Gadhafi-era security official has been killed in Libya's second city Benghazi, local officials said Saturday, in the latest attack highlighting a lack of security in the east of the country.

"He was shot," the official said.

Another official said the corpse was found "in a farm in the Sidi Faraj area" and that "investigations are now underway".

Both sources said Magrabi had worked for the former regime's reviled internal security services in Benghazi during the era of slain dictator Gadhafi, who was unseated by an uprising in 2011.

The killing comes a day after the head of Benghazi's criminal investigations department, Abdelsalam al-Mahdawi, was kidnapped at gunpoint. His whereabouts remain unknown.

The number of attacks against military and police officers -- including security officials who served under the former regime -- has increased lately in Benghazi, the cradle of the Libyan revolt.

Few officials are willing to speak on the record about the motives behind the violence, but some incidents have been blamed on hardline Islamists carrying out revenge attacks against officials who served under Gadhafi.

The slain leader's security services played a major role in the repression and imprisonment of thousands of political dissidents and Islamists during his rule.

The Mediterranean city has also emerged as a hub for jihadist groups, including militants who killed U.S. ambassador Chris Stevens and three other Americans in an attack on the U.S. consulate there on September 11 last year.