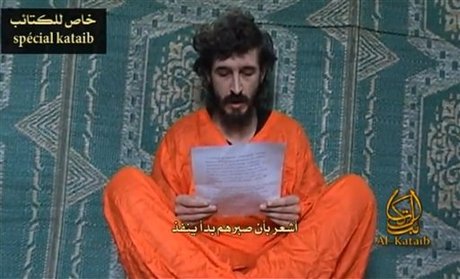 Somalia's Shebab Islamists said Thursday they have executed a French agent they have held since 2009, as France said the hostage was likely killed several days ago in a failed rescue attempt.

"16:30 GMT, Wednesday, 16 January, 2013. Denis Allex is executed," the group said on its Twitter feed Thursday, with the report confirmed by a senior Shebab official who said the group might release audio and video of the "execution."

"Audio and video are available and will be released any time we decide," he told Agence France Presse, saying the hostage, whose name is likely a pseudonym, was killed in Bulomarer, a town south of Mogadishu still under Shebab control.

French commandos on Saturday launched a raid on the town to free the hostage, but the bid failed and resulted in the death of two French soldiers.

The al-Qaida linked Shebab said Wednesday they had "reached a unanimous decision to execute" their hostage in order to avenge "the dozens of Muslim civilians senselessly killed by the French forces during the operation."

The group also cited "France's increasing persecution of Muslims around the world, its oppressive anti-Islam policies at home, French military operations in ... Afghanistan and, most recently, in Mali."

The French army on Wednesday accused the Shebab of "manipulating the media" and reaffirmed that Allex was likely already dead.

"We suspect, and I believe that we are not wrong to do so, that Somalia's Shebab are manipulating the media," France's Chief of Defense Staff Admiral Edouard Guillaud said on Europe 1 radio.

"We have no element since the raid indicating Denis Allex is alive. We think he is most likely dead," he said.

always the same side comitting terrorist acts , hope the west knows who they are and finish them up by cutting the head of the snake

But the west IS the head of the snake...

they are not Animals they are just defending their right to be respected just as you don't focus on the story that the French have killed alot of people in their so called RAID but thats because the Media does not Say French Forces killed Z many of people resulting in the execution of one of its kidnapped nationals the media instead tell you Somalia Shebab executed Z. so thats how your brain works GET OUT OF THE CIRCLE dear there must be a reason why they cought him apparently the Media will never tell you why ! because they want you to think they did this just for Islam and no reason...

Whatever, he was a secret agent, he knew his risks.