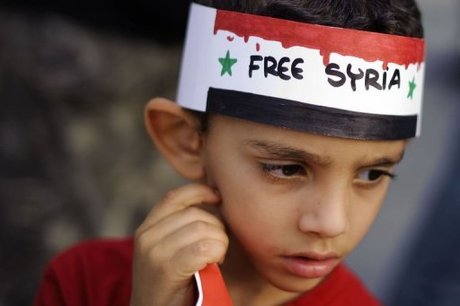 An air raid south of Damascus on Thursday killed at least 11 civilians, among them seven children, said the Syrian Observatory for Human Rights.

Warplanes fired three missiles on the western district of Husseiniyeh, an area in Damascus province which is home to Palestinian refugees and Syrians displaced from the Israeli-occupied Golan Heights region, said the Observatory.

Fierce clashes between troops and insurgents broke out Wednesday night on the outskirts of the rebel-held area, Abdel Rahman said.

Amateur video posted by activists on the Internet and distributed by the Observatory showed a group of men pulling from the rubble the corpse of a decapitated man.