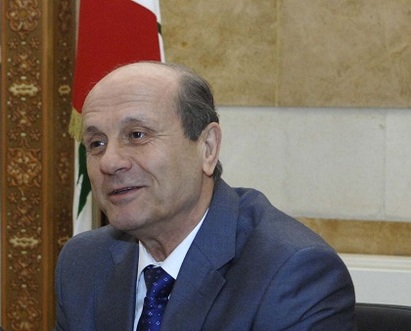 Interior Minister Marwan Charbel shied away from confirming a report that Syrian rebels would set free nine Lebanese pilgrims held since May in return for the release of 1,000 Syrian opposition detainees.

In remarks to Voice of Lebanon radio (93.3), Charbel said General Security chief Maj. Gen. Abbas Ibrahim took with him to Qatar a file detailing the negotiations carried out by the Lebanese authorities since 11 men were kidnapped on May 22 on their way back from a pilgrimage to Iran.

Two of them were freed separately in August and September.

Charbel said Ibrahim will hand over the file to the Qatari authorities, which have recently appointed an official to follow up the case of the hostages.

An Nahar daily said there were unconfirmed reports that Qatar was negotiating the prisoner swap and that the Syrian government was studying the request.

The newspaper also said the nine pilgrims were moved by their kidnappers from the Aazaz town of Aleppo to Daret Izza.

Charbel met on Tuesday morning with Ibrahim before he traveled to Doha, in his second visit to the Qatari capital in a week.

In his remarks to VDL, the minister reiterated that there are no Syrian political prisoners in Lebanon although he confirmed that Syrian nationals are serving sentences for committing different crimes.

oh look, the evidence of what i'm saying all along.
one filthy zionist scum under 100 nicknames.

now he made a mistake, logged under different nickname and than corrected himself.

you must be more careful next time. couple more mistakes like these and you might get fired from zionist information war department

the filthy zionist scum want to say something but who cares