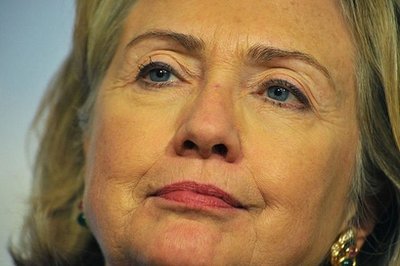 The United States on Tuesday announced it is imposing sanctions against seven foreign firms, including Venezuelan, Singaporean, and Israeli companies, as part of efforts to check Iran's nuclear ambitions.

It also imposed sanctions against 16 other foreign firms and individuals, including from China, over trade with Iran, Syria and North Korea in goods or technology that may be used for weapons of mass destruction or missiles.

"The sanctions we have imposed will cut off PDVSA's access to U.S. government contracts, U.S. import-export financing and licenses for controlled technologies," Steinberg said.

"These sanctions will not prevent PDVSA's sale of oil to the United States or other markets, and the sanctions do not affect the operations of PDVSA's subsidiaries," he said.

The sanctions are aimed at preventing Iran from developing its energy sector, which in turn is used to fund its nuclear program suspected of weapons development, Steinberg said.

"By imposing these sanctions, the secretary sends a stern and clear message to companies around the world: those who continue to irresponsibly support Iran's energy sector and help facilitate Iran's efforts to evade U.S. sanctions will face serious consequences," Steinberg said.

The European Union on Monday tightened its own sanctions on Iran, adding more than 100 firms to a blacklist of companies hit by an assets freeze amid efforts to revive international talks to make Tehran halt its nuclear program.

Steinberg said the United States is also imposing sanctions against 16 foreign entities and individuals from China, Belarus, Iran, North Korea, Syria and Venezuela as part of an effort to curb weapons proliferation.

He said those sanctions were imposed "pursuant to the Iran, North Korea, Syria non-proliferation act ... for their activities in support of WMD (weapons of mass destruction) and missile programs."

He said the 16 were targeted for the "transfer to or acquisition from North Korea, Syria or Iran of goods, services or technologies controlled under the various export control regimes or otherwise had the potential to make a material contribution the developments of WMD or cruise or ballistic missile systems."

Most of them were targeted for "proliferation activity involving Iran," he added.

The sanctioned entities and individuals are: