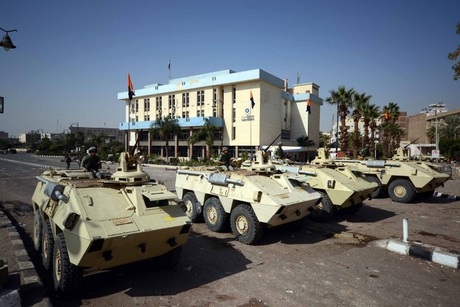 In a statement read out on state television by Information Minister Salah Abdel Maqsud, the council called for dialogue with "independent national figures" to settle political differences and agree on a mechanism for an upcoming parliamentary election.

It also condemned violence that has left nearly 40 people dead in two days of clashes in several parts of the country, calling on political forces "to maintain the peaceful nature of expression".

Nine people were killed on Friday as Egyptians took to the streets to demand change on the second anniversary of the uprising that toppled Hosni Mubarak.

On Saturday, at least 30 people died in the canal city of Port Said after a court handed out deaths sentences to 21 fans of a local football club over post-match riots last year.