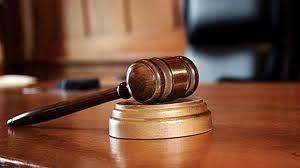 A Russian judge has been fired after he caught 40 winks in court and then sentenced an outraged defendant to five years in prison.

Judge Yevgeny Makhno of Blagoveshchensk City Court in Russia's Far East was forced to resign Friday for obviously falling asleep several times while trying a businessman on charges of fraud.

The case became a national scandal after the defendant's lawyer posted several videos online of Makhno asleep in court. The videos were then shown on state television.

Makhno claimed that he was not sleeping, but listening with his eyes closed, the reports said.

But since a higher court decided not to punish him, Makhno only has to take an exam to be reinstated.

The defendant, however, will be given a new trial.