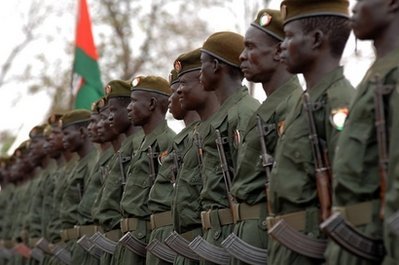 The South Sudanese army on Sunday accused Sudan of launching a deadly air assault along their volatile border, but Khartoum promptly denied the claims.

A spokesman for the South Sudanese army (SPLA) said the attack occurred on its soil along the border in Upper Nile state.

He said Sudan ground troops launched the attack, soon followed by air support, in the latest incident between the two foes.

"By 12 noon, the second round of air attacks took place with helicopter gunships, wounding one soldier," he added.

A Sudanese army spokesman, however, denied the claims.

"We didn't bombard any area inside South Sudan's border and we didn't have any military operation there, nor do we have a war or aggression against South Sudan," army spokesman Sawarmi Khaled Saad said, calling the South's claims "completely incorrect."

South Sudan won independence from Sudan in July 2011 after decades of civil war.

Though they had separated under a peace agreement, key issues including the demarcation of border zones that cut through oil-rich regions remain unresolved.

South Sudan has repeatedly accused Sudan of carrying out attacks on its territory and complained about these to the U.N. Security Council. Sudan regularly dismisses the accusations.

The two countries came close to all-out war in March and April last year, when their armies fought bitter battles over their disputed frontier.

Khartoum, for its part, accuses South Sudan of supporting rebels operating in Sudan, which has been a major obstacle to implementing the peace agreements.

The South, in turn, says Sudan backs insurgents on its territory, a tactic it used to deadly effect during the 1983-2005 civil war.

Another stumbling block between the two nations is the contested Abyei region, a longtime flashpoint along the border.

Sudanese troops withdrew from the territory in May after a year-long occupation that forced over 100,000 people to flee towards South Sudan.

The Lebanon-sized area -- where a referendum to decide its future due in January 2011 never took place -- is now controlled by U.N. peacekeepers from Ethiopia.