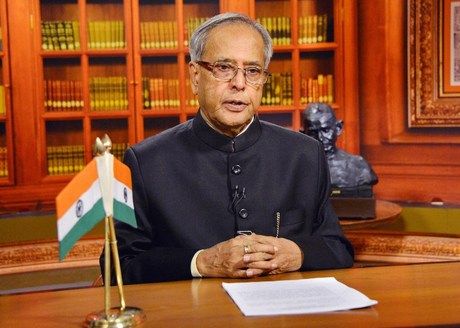 India's president on Sunday approved harsher punishments for rapists, including the death penalty, after a brutal gang-rape in New Delhi sparked national outrage and triggered demands for tougher laws.

"The Indian president has given his assent to the ordinance on crime against women. It comes into effect immediately but it will also be tabled before the parliament," a senior officer in the president's office told Agence France Presse.

A government-appointed panel and the cabinet had recommended tougher laws after the death of a 23-year-old woman who was savagely raped and attacked in a bus on December 16 and died nearly two weeks later.

Under the changes, the minimum sentence for gang-rape, rape of a minor, rape by policemen or a person in authority will be doubled to 20 years from 10 and can be extended to life without parole.

In the existing law, a rapist faces a term of seven to 10 years.

The cabinet has also created a new set of offenses such as voyeurism and stalking that will be included in the new law.

But women rights activists have slammed the ordinance saying it lacks teeth to fight sexual crimes against women and lashed out at the government for passing the law without holding a debate or discussion.

Five men are being tried in a special fast-track court in New Delhi on charges of murder, gang-rape and kidnapping in connection with the death of the student, who died from her injuries in a Singapore hospital where she had been sent for further treatment.

On Saturday the five men -- aged between 19 and 35 -- pleaded not guilty, a defense lawyer said.

The court will start hearing evidence in the case from witnesses next Tuesday, the lawyer said. A defense lawyer said earlier in the week that verdicts for the five men would be handed down "very soon".

A sixth suspect faces trial in a juvenile court.

The physiotherapy student was assaulted on a bus she had boarded with a male companion as they returned home from watching a film in an upmarket shopping mall.

India says it only imposes the death penalty in the "rarest of rare cases". Three months ago, it hanged the lone surviving gunman from the 2008 Mumbai terror attacks -- the country's first execution in eight years.