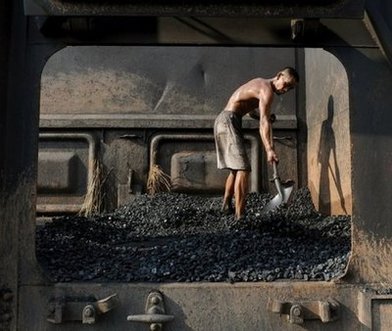 At least 16 miners were killed Monday when a methane explosion tore through a coal mine in the remote Russian Far North within the Arctic Circle, in the latest disaster to hit the country's mining industry.

Two miners were still missing after the explosion at the Vorkutinskaya mine controlled by Russian steel-making giant Severstal in the Komi region town of Vorkuta, the emergencies ministry said in a statement.

A total of 259 miners were working underground at the time, with 23 in the shaft where the explosion took place.

Five of the group in the shaft were rescued -- two received treatment at the scene and three were hospitalized -- with the rest either missing or dead.

"Rescue workers found 16 corpses and the fate of two more people is unknown," the emergencies ministry said in a statement on its website, adding that the explosion was caused by methane.

The families of the dead miners will receive two million rubles ($66,000) each, she told Agence France Presse.

Some of the rescued workers were injured, said Smirnykh, adding that a plane was dispatched from Moscow to the mine to help hospitalize the miners.

The Russian Investigative Committee has opened a criminal inquiry into a possible breach of safety rules at a mine.

Prime Minister Dmitry Medvedev tasked his deputy Arkady Dvorkovich with the responsibility to provide assistance to families of the dead miners.

"An accident took place in Komi," a grim-faced Medvedev said in televised remarks. "Put together the complete information and report on what is happening."

The mine in the northern city of Vorkuta is operated by Vorkutaugol, part of Severstal's coal mining division whose mills it provides with hard coking coal concentrate.

Vorkutaugol spokesman Yevgeny Sukharev said the company paid "unprecedented attention" to safety standards. "Everyone is in shock," he told AFP.

According to the company's website, in 2011 the Vorkutinskaya mine won a corporate award for "worthy working conditions -- the basis for respect in the workforce".

Known for its extremely inhospitable climate, Vorkuta was home to one of the most infamous Stalin-era prison camps, the Vorkuta Gulag.

Deadly blasts which are usually caused by a build-up in methane gas remain a frequent occurrence in the coal mining industry in Russia despite recent drives to improve safety.

In 2010, more than 60 people were killed in twin methane blasts at Russia's biggest underground coal mine, the Raspadskaya mine in the Kemerovo region of Siberia.