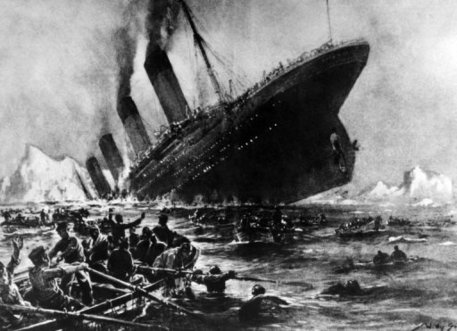 Dignitaries on Tuesday marked the 100th anniversary of the launch of the Titanic from Belfast in Northern Ireland with a religious service and the firing of a flare.

The ill-starred ocean liner slid down the slipway of the Harland and Wolff shipyard, then the largest in the world, on May 31, 1911, a little less than a year before she sank.

To mark the occasion, the Lord Mayor of Belfast and local dignitaries will attend a service at the docks. A flare will then be launched at 1113 GMT -- exactly a century on from the launch.

"No ship has gripped the world's imagination like RMS Titanic. Her remarkable story begins at her birthplace in Belfast," said Niall Gibbons, head of Tourism Ireland, which is involved in the memorial events.

An exhibition featuring more than 500 artifacts related to the Titanic, some of them previously unseen, will also open on Tuesday at the Ulster Folk and Transport Museum in Northern Ireland.

The "unsinkable" liner hit an iceberg on its maiden transatlantic voyage from Southampton on April 14, 1912, sinking in just over two and a half hours and drowning 1,517 of her passengers and crew.

The last remaining survivor of the sinking, Millvina Dean, died exactly two years ago in England at the age of 97. She was only nine weeks old when the ship went down.