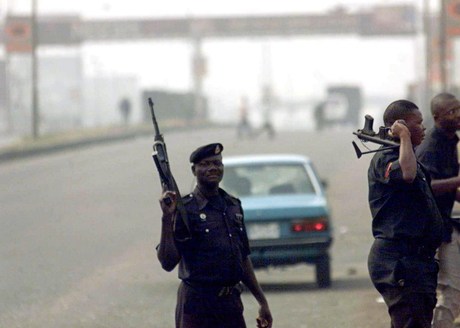 Six foreigners kidnapped on February 17 by armed pirates from an oil service ship off Nigeria have been released unhurt without a ransom being paid, police said on Tuesday.

"All the six foreign hostages (were) released Monday evening unhurt. No ransom was paid before their release," said the police commissioner in Bayelsa state, Kingsley Omire.

Three Ukrainians, two Russians and an Indian working on the Armada Tuah vessel operated by the Lagos-based Century Group were seized by gunmen 40 nautical miles off southern Nigeria.

In the days after the kidnapping, police announced that the pirates had issued a 200 million naira ($1.3 million, one million euros) ransom demand.

But the police commissioner told Agence France Presse that the kidnappers abandoned their hostages while Nigeria's security forces were in pursuit.

"Their abductors abandoned them at a location close to (oil hub) Port Harcourt apparently when they knew we were closing on them," said Omire.

Nigeria's security forces and the companies targeted in such attacks rarely disclose details about ransoms, although it is widely believed many oil workers abducted in the Niger Delta region have been released following a payment.

Ransom kidnappings have long been common in Nigeria's oil-producing region, though a 2009 amnesty deal led to a sharp decline in unrest there. Criminality remains widespread in the region and piracy poses major risks for vessels.

Besides kidnappings for ransom, crude oil theft in the Niger Delta for sale on the lucrative black market is estimated to cost Nigeria some $6 billion per year.

Oil executives at an industry conference in Nigeria's capital last week repeatedly called on the government to do more to address criminality in the region, saying it was badly affecting operations.

There has also been a recent series of kidnappings in northern Nigeria claimed by an extremist Islamist group, but those are considered a different phenomenon.

Nigeria is Africa's biggest oil producer and most populous country with an estimated 160 million people. Most of the population however lives on less than $2 per day despite the country's oil reserves.

The country has been producing some 2.0 million barrels per day, according to the most recent figures from the International Energy Agency.