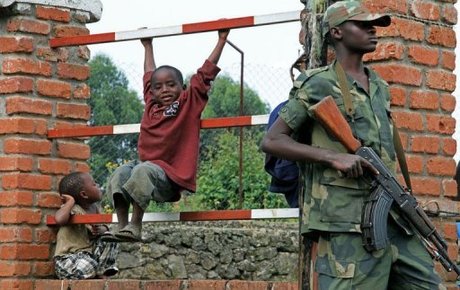 Rival factions of Democratic Republic of Congo's M23 rebel movement on Saturday clashed again in the country's volatile east after a week of calm, one of the sides said.

Fighting within M23 ranks first broke out in late February, after the dismissal of its political leader, Jean-Marie Runiga, when his supporters clashed with those of the movement's military chief, Sultani Makenga.

On Saturday, a spokesman for the Makenga faction told Agence France Presse that their rivals attacked their base in Rumangabo some 50 kilometers north of the regional capital Goma.

"We pushed back the enemy and are continuing to pursue them" toward their stronghold, the town of Kibumba near the border with Rwanda, said Vianney Kazarama.

Old rivalries between Makenga and Runiga have deepened since 11 countries on February 24 signed a UN-brokered framework accord for peace in the mineral-rich, strife-torn east of DR Congo.