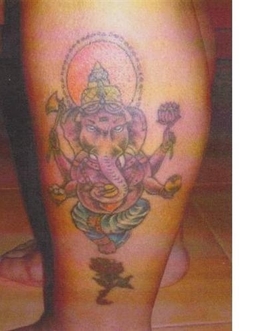 Thailand has ordered a crackdown on foreign tourists having religious images tattooed on their bodies while visiting the kingdom, official media said Wednesday.

Tattoos with images such as of the Buddha may offend Thai people, Culture Minister Nipit Intarasombat was quoted as telling reporters.

He said his ministry had asked regional governors, particularly in tourist hotspots, to inspect tattoo studios and ask them not to use religious patterns, according to the state-run National News Bureau.

It said he would push for a law banning people from etching sacred images onto their skin.