A Feast for The Senses on The Venice Lagoon 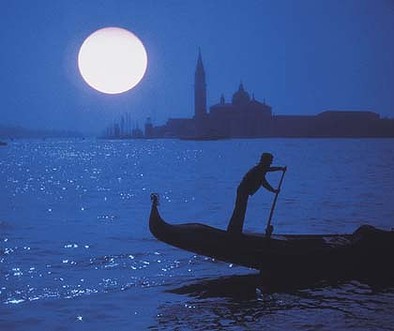 An array of sometimes disconcerting sights and sounds went on public display Saturday on the shores of the Venice lagoon for the Biennale contemporary art festival.

From a picture of Jesus in his underwear to a human skull decorated with pearls, the images at the festival provoke, bemuse or titillate.

"This is completely amazing!" exclaimed Edouard Duval-Carrie, an artist from Haiti, the earthquake-struck Caribbean island, which is taking part in the famous Biennale for the first time with its own national pavilion.

"In Haiti, misery predominates. Sometimes we have to break that because our country is more complex than any other country. There is also art, culture. It's important for our pride," the artist told Agence France Presse.

His painting -- a skeleton in a silver suit against the backdrop of a luxuriant forest -- sits alongside equally macabre works by 14 Haitian artists for an exhibit entitled "Haiti: Kingdom of this World."

Nearby is the Italian pavilion where artists appear to have gone out of their way to provoke the visitor -- like Felipe Cardena, who is exhibiting flowery portraits of Barack Obama, Osama bin Laden and Moammer Gadhafi.

The portraits hang around a picture of Ganesh, the Hindu divinity of wisdom.

There is also a painting of Jesus Christ on the cross wearing underwear from Italian fashion brand Dolce&Gabbana. In the garden, two artists -- a man and a woman -- sit naked on plastic thrones and invite visitors to touch them.

"Art has become a hospital to which only the doctors and patients' relatives have access," said Vittorio Sgarbi, an Italian art critic and the curator of the pavilion, referring to the isolation of art critics and artists.

The art world is like "a giant sanatorium cut off from the world," he said.

"That's why I asked some people I admire to pick out the artist, the painter, the photographer, the ceramic artist, the designer, the videographer that they considered most interesting at this start of a millennium," he added.

French artist Christian Boltanski is the star over at the French pavilion with an installation that includes a long ribbon with hundreds of photos of babies turning round amid a mechanical forest similar to a printing press.

Every now and then a bell rings out and the ribbon stops on one of the babies, whose image is then projected onto a screen. Boltanski defines his work as "a sort of giant tombola for the manufacturing of babies."

"We are all the fruit of chance. If your parents had made love three seconds earlier, you wouldn't be here," smiled Boltanski in an interview, as he sat in the shade of a pine tree in the Giardini della Biennale.