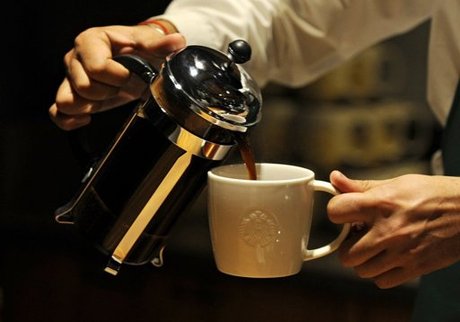 Can't afford coffee? No matter. In Bulgaria, an old Italian tradition that sees good souls buying hot drinks for those who struggle to make ends meet has taken hold after weeks of tensions over deepening poverty.

More than 150 cafes across Bulgaria have joined a goodwill initiative modeled on the Italian "caffe sospeso" tradition, which literally means "suspended coffee", according to a Facebook page devoted to the movement.

The tradition -- born in the cafes of Italy's southern city of Naples -- sees people pay in advance for one or several coffees without drinking them.

A customer-in-need can then later ask if there is a "suspended coffee" available and have a hot drink without having to pay for it.

Poverty in Bulgaria -- the European Union's least wealthy country -- is increasingly sparking social unrest, with several desperate people setting themselves on fire in the past month.

Weeks of street protests also forced the right-wing government to resign on February 20.

Most cafes that decide to join the "caffe sospeso" initiative -- which has been covered extensively on television -- have posted pictures of payment slips issued for free coffees on the Facebook page.

"Super! The first 'suspended coffee' at our place is a fact," one user registered as Ethno Bar Red House said on the "Suspended Coffee in Bulgaria" page, which has so far garnered 19,011 likes.

Some cafes use a pot of small cards or bottle caps to count the number of coffees already paid for, which can later be claimed.

Apart from cafes, several fast food places and grocery shops have also joined the Bulgarian initiative, proposing that their clients buy someone a loaf of bread or a snack.