Suleiman Condemns Abduction of Syrian Archbishops: Such Actions Will Not Achieve Democracy 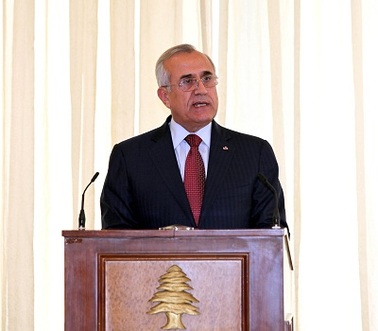 He said: “These actions will not achieve democracy or the goals of the perpetrators.”

He also demanded the release of all captives wherever they may be held.

Earlier on Tuesday, Grand Mufti Sheikh Mohammed Rashid Qabbani slammed Ibrahim and Yaziji's abduction, saying that the kidnapping of any cleric is aimed at igniting Muslim-Christian strife in Syria, which may spread to the entire region.

“This may deliberately or inadvertently tarnish the image of Islam,” he remarked.

The two archbishops were kidnapped at the hands of gunmen on Monday.

Ibrahim picked up Yaziji in his car from a village on the Turkish border and his deacon was driving the vehicle, NNA said.

“When they arrived at the outskirts of the city of Aleppo, an armed group intercepted them and forced them to step out of the car, killing the driver and abducting Ibrahim and Yaziji,” reported the National News Agency.

They are not criminals.....
They are ignorant religious brainwashed lunatics

And then our great good-for-nothing president-by-parachute said this: Those who abducted the two bishops MUST release them asap. Until now, he has surpassed March 14 biggies by 5 MUSTs. However, time has not run out on the biggies because between now and the potential end of the term of our great good-for-nothing president-by-parachute, they will definitely beat the good old El Presidente by 10452 MUST. Is that a coincidence or what? 7orriyeh. siyedeh. este2lel! eweeeeeeeeeha

He said: “These actions will not achieve democracy or the goals of the perpetrators.”

lol so he is has information already as to who abducted them? wow! only if he can get information as quick when it comes to assassinating lebanese politicians! and only if he would demand information on the whereabouts of the lebanese abducted and killed by the syrian regimes! otherwise, resign and go home. that is what we lack in lebanon! politicians who care about lebanon!