Israel Ready for Negotiations if Lebanon Recognizes its Existence 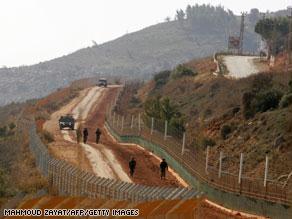 Israeli Foreign Ministry spokesperson Yigal Palmor said that if the new Lebanese cabinet recognizes the existence of the Israeli state then “negotiations will be launched immediately,” the al-Rai Kuwaiti newspaper reported on Thursday from the German Press Agency-DPA.

He noted that the Israeli Foreign Ministry statement, issued on Wednesday, “doesn’t signify a call for immediate negotiations.”

The newspaper said that Palmor called on the Lebanese government to adopt the negotiations approach.

On Wednesday, the Israeli foreign ministry hoped that Lebanon's new government will respect international laws and borders and contribute to regional stability.

"Israel expects the Lebanese government to apply United Nations Security Council resolutions, in particular resolution 1701, and it calls for settling all outstanding issues through negotiations and mutual respect," the statement added.

I reiterate what "Mowaten" said, as well vacate all our lands.

This article has sublime message, it is a very good strategic before media and international community, they show to be opened to enter in dialogue, if there is no echo or something erupt in Lebanon side, all countries will know who created the problem and who showed opened to solutions, like the guilt and inocent, the interesting will be that in each side people will find one way, in serious way, how to finish with the eternal problem, and live in peace, peace period can not be measured by years and again, create one new war, like to be updated