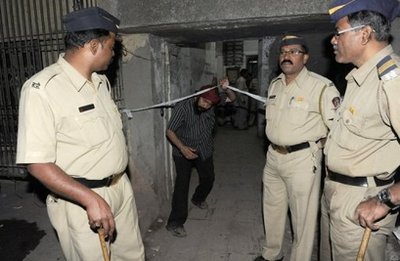 An American tourist was allegedly gang-raped by a truck driver and two of his accomplices in the northern Indian state of Himachal Pradesh, police said Tuesday.

"The 30-year-old was raped by men in a truck on Monday night. They offered her a lift and she accepted it," police inspector Abhimanyu Kumar told Agence France Presse.

The incident took place in Manali, a tourist destination 500 kilometers (300 miles) from the capital New Delhi.

Kumar said the medical tests have confirmed that the tourist was raped and police were hunting for the accused men.

"The woman cannot remember the number plate of the truck and she could not understand what the accused were talking about. They drove the truck to an isolated spot and raped her for nearly one hour," he said.

Kumar said every truck driver in Manali had been ordered to report at the local police station as part of the investigation.

On Monday, police in eastern India arrested a local businessman for allegedly drugging and raping an Irish charity worker after her birthday party.

A survey by a trade body released earlier this year found that the number of foreign women tourists visiting India had dropped by 35 percent following several sex attacks that have made global headlines.

The Associated Chambers of Commerce and Industry of India reported earlier this year that female tourist arrivals had fallen after the fatal gang-rape of a 23-year-old Indian student by six men on a bus in New Delhi in December.

The gang-rape brought simmering anger about endemic sex crimes in the country to the surface and led to sometimes violent protests in cities across the country.

A Swiss cyclist was gang-raped in central state of Madhya Pradesh in March, while a South Korean tourist was allegedly drugged and raped in the same state in January by the son of the owner of a hotel where she was staying.

There goes the Indian Tourist Industry.

I don't understand these nuts!? I do not believe that rapes should go unpunished by any means. That said why would somebody be so stupid as to go to a third world country and expect to prance around in the middle of nowhere and be safe?!?!