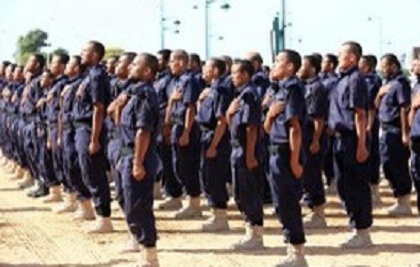 An attempt to kill a senior Libyan army officer in the eastern city of Benghazi on Wednesday left him lightly wounded, the army's general staff said.

It said on its Facebook page that Colonel Abdullah al-Shaafi, spokesman for the Joint Operations Room in Benghazi, had been the target of an attempted assassination.

The statement said that Shaafi and one of his attackers were taken to hospital.

One of Shaafi's aides told Agence France Presse that gunmen had shot the colonel in the foot, but that he had received treatment and had already left hospital.

"One attacker was killed and another wounded," the aide said, without providing any further details.

The defense and interior ministries set up the Joint Operations Room in Benghazi to help reestablish order in the city, cradle of the 2011 uprising that toppled former dictator Moammar Gadhafi.

Militias with different tribal and ideological links now control parts of Benghazi, where there has been a wave of attacks on army and police officers and facilities.

Islamists have often been blamed, but some observers say militias in general have launched attacks in a bid to stop regular security forces from regaining control of the city, despite local opposition.

Radical Islamists were blamed for an attack on the U.S. consulate in Benghazi last September 11 that killed four Americans, including ambassador Chris Stevens.

Clashes in the city on Saturday killed at least 31 people when demonstrators, some of them armed, tried to dislodge from its barracks the "Shield of Libya" brigade of ex-rebels who had fought Gadhafi.