Hamas Denies it Has Fighters in Syria 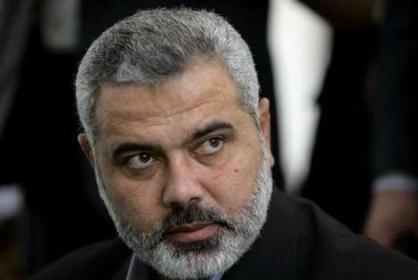 Gaza's Hamas Prime Minister Ismail Haniya denied on Friday that members of the Palestinian movement were fighting in the Syrian civil war.

He also rejected reports of internal divisions within the Sunni Muslim group over its ties with Shiite Iran and its ally, Lebanon's Hizbullah.

"There is no truth to (claims) that Hamas fighters are in Syria, although we stand on the side of the Syrian people and condemn the brutal attacks they are exposed to," Haniya said at a mosque in Rafah, on the border with Egypt.

In April, media reported that militants from Hamas's military wing, the Ezzedine al-Qassam Brigades, had traveled to Syria to train rebels fighting against President Bashar Assad.

"There is no place for talk of the movement abandoning its resistance in Palestine (in favor of) fighting in Syria," said Haniya.

As to the claims of internal divisions, he said "we are facing media campaigns... that aim to tarnish Hamas and the resistance (to Israel) and talk about differences or contending wings within the movement."

"But these are only fantasies in the minds of their propagators," he said.

Earlier this month, Arab media reported that Hamas was strengthening its ties to Hizbullah and Iran, both of whom support the Damascus regime, and that this was causing internal strains.

Hamas leader Khaled Meshaal lived for a long time in exile in Syria. But shortly after the civil war began, Hamas refused to support Assad in his deadly crackdown against mostly Sunni rebels, and Meshaal moved to Qatar in 2012.

"This movement is loyal only to God, to this (Palestinian) people and to this issue. It does not sell itself to its backers," Haniya said, apparently in reference to aid it receives from Iran.