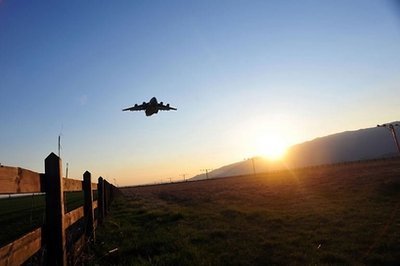 France said Friday that it was unlikely the U.N. Security Council would agree to impose a no-fly zone in Syria, as Washington dramatically toughened its line on President Bashar Assad's regime.

"It seems unlikely such a measure will obtain the agreement of the Security Council," French foreign ministry spokesman Philippe Lalliot told reporters.

"The problem is that this kind of measure can only be put in place with international authorization," he added.

Russia and China have repeatedly used their vetoes on the Security Council to block measures against the Syrian regime.

U.S. officials refused to rule out moving towards arming rebels or imposing a no-fly zone, and said Washington would provide backing to the Syrian Military Council (SMC) armed opposition.

This zone would stretch up to 40 kilometers (25 miles) into Syria, and would be enforced by warplanes inside Jordan airspace armed with long-distance air-to-air missiles, the Journal reported, citing unnamed U.S. officials.