Independence Movement to Franjieh: Your Ties with Assad Made You Forget a Country Called Lebanon 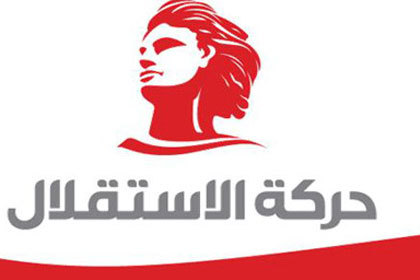 The Independence Movement on Friday hit back at Marada Movement leader MP Suleiman Franjieh, accusing him of forgetting “a country called Lebanon” and voiced surprise that he linked the anniversary of the assassination of his father Tony Franjieh to the battle of “blood and shame” in Qusayr.

Franjieh “has crossed the ethical limits and the most basic rules of political conduct,” the Independence Movement said in a statement.

The movement denounced "MP Franjieh's attempt to cover up for Hizbullah's engagement in fighting inside Syria under the pretext of the grand choices in the region or under the slogan of fighting the U.S. and Israel."

"These stances prove that MP Franjieh's ties with (Syrian President) Bashar Assad's regime have made him forget that there is a country called Lebanon, which has a sovereignty, borders, state and people and that he should represent this people and not the Syrian regime," the movement added.

"It is necessary to remind him that Hizbullah's war in Syria is exclusively aimed at serving the Iranian interests in the region and that it will inevitably be a disaster for the Lebanese identity and for the interests of the Lebanese?" said the Independence Movement, which is headed by the March 14 camp member Michel Mouawwad.

The movement also condemned Franjieh's “disgraceful attack” on President Michel Suleiman, noting that “it was waged on behalf of the Syrian regime against the last official bastion that is defending the borders, sovereignty, legitimacy, constitution, the Lebanese entity and its entire democratic system.”

On Thursday, Franjieh accused Suleiman of "making promises to the West" and of "turning against March 8 when he felt that the Syrian regime was about to fall."

Sleiman will be worthless once Assad is out of power. And yes the day will come.

Yes, one day Hafez jr. will have to take over, lol.