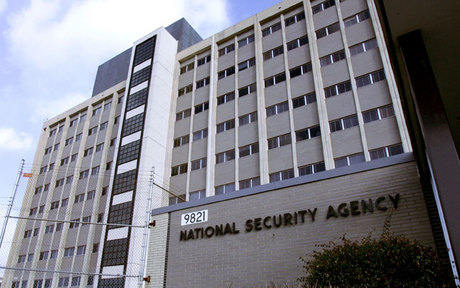 The National Security Agency is expected to reveal details Monday about terror plots it says were thwarted by its surveillance, part of an effort to assuage public concern that government is spying on innocent Americans.

In a rare move the NSA said last week it would declassify data on what its director told Congress were dozens of foiled plots, which could help justify its sweeping surveillance operations in the eyes of U.S. skeptics worried about the amount of information being scooped up by intelligence agencies.

Senator Dianne Feinstein, chair of the powerful Senate Intelligence Committee, said she was told in a classified hearing that NSA chief General Keith Alexander aimed to release the information Monday.

The intelligence community offered a weekend primer on the two programs at the heart of the controversy: an NSA program that collects telephone "metadata" -- but not content -- of billions of calls, and the gathering of digital communications, such as emails, that helps target foreign terrorists.

Both were approved by Congress, but concern has been raised by some lawmakers that the programs under President Barack Obama's administration are being abused.

"In recent years, the intelligence gathered under (these programs) has contributed to the disruption of dozens of potential terrorist plots here in the homeland and in more than 20 countries around the world," according to the overview released Saturday.

"We are working to be able to provide more information about this."

It also stressed that the phone program, authorized under Section 215 of the Patriot Act, is subject to strict oversight and "does not allow the government to listen to anyone's phone calls."

Such action would require a secret FISA Court, set up under the Foreign Intelligence Surveillance Act, to determined that there is reasonable suspicion to further monitor suspects.

"In 2012, less than 300 unique identifiers met this standard and were queried."

House Intelligence Committee Mike Rogers, who like Feinstein strongly backs the programs, said Sunday that Americans would become stronger supporters of the surveillance once they learn of its successes.

"If you can see just the number of cases where we've actually stopped a plot, I think Americans will come to a different conclusion than all the misleading rhetoric I've heard over the the last few weeks," Rogers told CNN.

Republican former vice president Dick Cheney, who was involved in crafting a predecessor surveillance program under the Bush administration, stepped forward to express his support.

"I think it's good that it is in operation," he told Fox News Sunday. "I think it has, in fact, saved lives and kept us free from other attacks."

Cheney also said he believed the defense contractor who leaked classified data about the programs, Edward Snowden, is "a traitor" who committed crimes in revealing details about spy operations.

Several U.S. lawmakers have been openly critical of the programs, including Senator Mark Udall.

"I don't think collecting millions and millions of Americans' phone calls... is making us any safer," the Colorado Democrat told NBC Sunday talkshow "Meet the Press."

Udall said he will introduce legislation this week that narrows the reach of Section 215 to include only "those who have a link to terrorism."