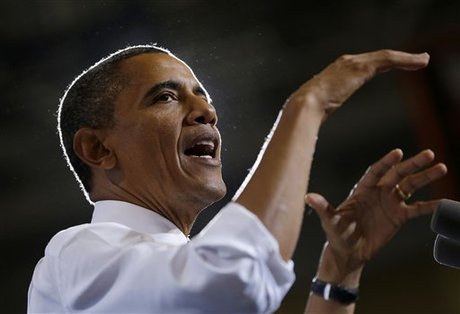 Fighters from Hizbullah joined Syrian troops battling rebels near Damascus on Wednesday, monitors said, as President Bashar Assad's regime kept up a push to cut off the insurgents' supply lines.

"Hizbullah fighters, who have a strong presence at Sayyida Zeinab (in southeastern Damascus), are trying to seize control of villages near Zayabiyeh and Babila."

The Syrian army shelled both Zayabiyeh and Babila, said the group which relies on a network of activists, doctors and lawyers on the ground for its reports.

The party has been fighting alongside the army for months in the district, which lies in an area that rebels from southern Damascus have used as their main rear base.

Activists say the regime is trying to crush the rebellion on the outskirts of Damascus in order to cut off supply lines leading into rebel pockets inside the capital.

"There is a fierce campaign against the (rebels) south of the capital," said Damascus-based activist Matar Ismail.

"The humanitarian situation is very critical... We believe the (regime) is trying to test the (rebels') strength, in order to try to advance on the south of the capital," Ismail told Agence France Presse over the Internet.

Ismail said Hizbullah and the Abu al-Fadl Abbas brigade -- a mostly Syrian Shiite force that has also attracted Shiite fighters from elsewhere in the region -- were playing a key role in the fight.

Hizbullah was also credited with an important role in the Syrian army's recapture of the former rebel stronghold of Qusayr in central Homs province earlier this month.

The Syrian army meanwhile renewed shelling of other rebel areas near the capital, including northwestern Zabadani and Qalamoun to the northeast.

Both areas are also a short distance from the Lebanese border.

Elsewhere, fierce battles broke out between rebels and troops in Idlib, in northwestern Syria, the Observatory said.

Opposition forces captured an army post on the road linking the coastal province of Latakia to Ariha in Idlib province, and two tanks were destroyed.

In regime stronghold Latakia, an explosion at an ammunition depot wounded at least 13 soldiers, said the Observatory.

State television said the blast was the result of a technical failure, and that only six had suffered light wounds.

Wednesday's violence comes a day after at least 83 people were killed across Syria, said the Britain-based Observatory.

Meanwhile, U.S. President Barack Obama refused to specify the exact nature of new U.S. military aid to Syrian rebels, despite signals from top U.S. officials that they will be get small arms and ammunition.

"I cannot and will not comment on specifics on our programs related to the Syrian opposition," Obama said at a press conference with German Chancellor Angela Merkel on Wednesday.

Obama has refused to publicly specify exactly how Washington will increase aid to the Syrian opposition, after his government said it would offer military support for the first time after determining President Bashar Assad had used chemical weapons.

Previously Obama had warned against pouring more weapons into the conflict and had kept U.S. aid limited to humanitarian and non-lethal supplies.

The U.S. president also said in Berlin that reports in the United States that escalating American support to the rebels meant the White House was now on a slippery slope to a new Middle East entanglement were mistaken.

He said reports were "overcranked" when suggesting the U.S. was heading into a new Middle Eastern war.

"What we want to do is end a war," he said, calling again for a political transition in Syria that does not include Assad.

Merkel said Berlin agreed that "Assad has lost his legitimacy" but reiterated the stance that "Germany has very clear legal rules that we do not send weapons into civil wars", saying this was universal and "has nothing to do with the question of Syria specifically".

But she added: "This doesn't mean that we can't play a constructive role, in the political process, humanitarian aid and the question about the right way" to help the moderate opposition and the people of Syria.

Obama you are underreacting in syria. If you do not move quickly, things will become much worse. Bush overreacted in irak. But dont base your decision on a rebound reaction.

Obama : thanks for your help ! I didn't think about it that way

Wine. Every one there needs to chill out and have a nice glass of wine. Put your sunglasses on, grab a chair and relax in the sun.

Not like you have jobs or houses to go back to

Josh is either a troll or a child. I wouldnt put much effort into trying to talk to him

What are you smoking? The rebels are being DESTROYED and their morale is in pieces. The American public KNOWS that the Syrian rebels are heart-eating Al Qaeda terrorists and will hold Obama accountable.

obama and israel prefer the assad regime to remain in power till they are sure that if any other gvt takes place israel will be protected as they are currently with the baath regime...